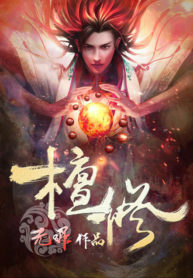 Ancient Godly Monarch Average 3 / 5 out of 1

Read Ancient Godly Monarch Novel at WuxiaWorld.Site In the Province of the Nine Skies, far above the heavens, there exists Nine Galaxies of Astral Rivers made up of countless constellations interwoven together. For Martial Cultivators, they could form an innate link with one of the constellations, awaken their Astral Soul, and transform into a Stellar Martial Cultivator. Legend has it that, the strongest cultivators in the Province of the Nine Skies, were beings that could open an astral gate every time they advanced into a new realm. Their talent in cultivation was such that they could even establish innate links with constellations that existed in a layer higher than the Nine Layers of Heavens, eventually transforming into the heaven-defying and earth-shattering power known as the War God of the Nine Heavens. Qin Wentian is the MC of this story. How could a guy, with a broken set of meridians, successfully cultivate? There were countless Stellar Martial Cultivators, as there were countless constellations in the vast starry skies. What he wanted to be, was the brightest constellation of all, shining dazzlingly in the vast starry skies. Disclaimer: Neither the picture nor the content belongs to me. They are uploaded here, not for any bad purpose but for entertainment only. Disclaimer: If this novel is yours, please let us share this novel to everyone else and send us your credit. We display your credit to this novel! If you don’t please tell us too, We respect your decision. Show more