I Became the Madam of The House 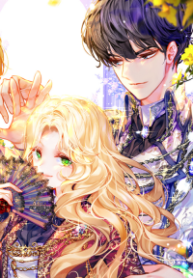 After possessing the eldest daughter of Count Leire, Archel , became the head of the family following her parent’s death. The only way to protect her little brother and herself from the old foxes who are after her family was… “I know that you need Leire’s sea territory.” In order to acquire a shield called Gael Von Zenat, the infamous guardian of the eastern sea, but in reality, he was the head of a pirate family. “I’ll give you the sea territory there. So, please marry me.” It wasn’t a romantic proposal. It was just a perfect deal. You take care of our family’s sea, and I’ll protect myself and my brother. I thought so, but… “When I graduate, be sure to divorce my sister.” “I think I’ve already told you that I don’t want to divorce her.” The relationship between the two is unusual. *** “Gael, stop it.” She tried to move away but Gael didn’t budge at all. “What do you mean? I said that I believe in you, didn’t I?” “No.” Archel said after a moment of silence. “For real, it seems like you really do. I swear it seemed like you love me.” That’s just an illusion. After watching my expression, a smile disappeared from Gael’s face. “Am I mistaken?” Show more

The Boss Behind The Game

Battle Through the Heavens Comics