I Really Am Not The Lord of Demon 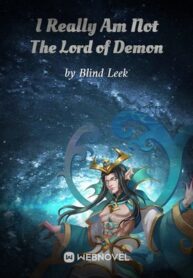 You’re Reading “I Really Am Not The Lord of Demon” Novel at WuxiaWorld.Site As the owner of an ordinary bookstore, Ling PingAn’s biggest wish was to muddle through life and do absolutely nothing. However, customers that were right in the middle of their pubescent crisis kept visiting his store in the dead of night. For the sake of his business, Ling PingAn had to mimic their childish tones, sparing no effort to promote the books in his store. When he finally managed to sell his books after going through a great verbal tug-o-war, each and every one of them said that they don’t have money, and that they wish to use various tools that were seemingly divine artifacts as pledge. Looking at these customers, Ling PingAn could only agree to them resignedly. But little did he know that every single book that these customers purchased from him had altered in appearance. “Secrets of Cosplay” became “Lower Abyss Research Report” “Stellaris: Settings for Synth Ascension” was in fact “Gospel for Synthetic Beings” What’s more, in the eyes of these customers, he was actually a horrifying ruler of Diablos, an indefinable entity that held the reins of all realms. In this regard, Ling PingAn said, “I’m not, I didn’t, don’t talk nonsense. Show more

Reincarnation: I Am The Boss