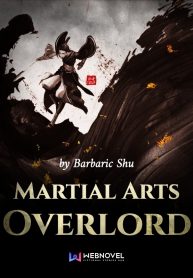 You’re reading “Martial Arts Overlord” novel at WuxiaWorld.Site Luo Feng was just an ordinary student until the day he met an accident on his way to school. By the time he awoke, he had transmigrated to a different world and was in possession of the body of another person who was also named Luo Feng. Blinded by love, the former owner wasted three years of his life pursuing the girl before dying of a broken heart.
Reawakening in this new body and given another chance at life, Luo Feng set his mind on regaining the pride lost by its former owner. This is a story of a transmigrator traveling out to triumph over those who tried to undermine him.
Join Luo Feng in his journey as he rise to the top as the Martial Arts Overlord! Show more

Global Reincarnation: Becoming A God With My Unlimited Revive

The Healer Banished From The Party, In Fact, Is The Strongest

Conquer a Mountain And Become The Great King