Mistaken for a Wicked Woman! 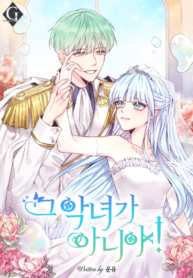 Having lived on a fief near the outskirts of the Empire, I went to the capital to achieve my dream. However, the reactions of everyone who saw me were strange. “L-lady Bright came b-back…!” Who, me? “Wow! Lady Bright…?!” So, who the hell is she? What? You’re frightened by me because of my twin sister I didn’t even know existed? So it turns out this sister of mine is infamous in the capital. In addition, she’s been missing for months! “Isn’t this your own fault for choosing his highness Pavel over me?” Unexpectedly, not only did I learn of my birth, Oren, who appeared in front of me, started berating me after mistaking me for my sister. “I’m really fed up with you. I told you I never wanted to see you again.” Even Oren, the damn ex-fiance of my unfaithful sister, took a shot at me. “Hey, you’re not Marquess Bright’s esteemed daughter are you.” Meanwhile, the crown prince, who’s as pretty as a clover, was the only one who could distinguish me from my sister and wanted to help on his own accord… “Appoint me as your knight.” Is my life in the capital going to be okay at this rate…? The start of a new story with twist and turns for the aspiring knight, Iris! Show more

Love War!! Save the Future!!