My Crown Prince Consort Is a Firecracker! 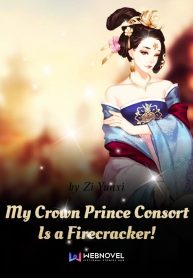 My Crown Prince Consort Is a Firecracker! Average 4 / 5 out of 1

You’re Reading “My Crown Prince Consort Is a Firecracker!” Novel at WuxiaWorld.site A genius talisman practitioner is reborn as a seven-year-old girl! However, her innocent appearance belies her vicious personality.
In the remote countryside, the Crown Prince runs into her, beating up her enemy. She is indifferent, but it’s love at first sight for the Crown Prince!
“Not good, Your Highness the Crown Prince, Her Highness the Crown Prince Consort used an immobilization talisman on His Majesty the Emperor, and His Majesty is currently eating dirt in the main hall.”
“Isn’t that normal? Who told that dog emperor to provoke my wife? I say it’s a job well done! Pour a bucket of ice water on him to cool him down!”
“Your Highness the Crown Prince, it’s really not good this time! The great Crown Prince Consort threw out three explosion talismans and destroyed Noble Consort Zheng and her house!”
A certain crown prince laughed madly. “Job well done! She’s truly my wife; she’s as awesome as always!”
“Crown Prince, Crown Prince, it’s seriously bad this time! A beautiful man appeared in the great Crown Prince Consort’s room!” You got cuckolded again!
The crown prince harshly picked up the handsome man half laying on her bed. “Who are you?”
A certain consort replied with a stoic face. “I drew a deity-inviting talisman and summoned a venerable immortal of love.”
“Get lost as soon as you finish fighting!”
“Oh, sorry, it’s easier to invite the devil in than to send him away!” I’m not leaving!
Embark on this adventure of a little stoic who just wants to grow stronger and protect her family but unwittingly ends up with a merry company of troublemakers. A riveting cocktail of cultivation, zombies, and sci-fic! Show more