My Dominating Beast Husband Wants Me 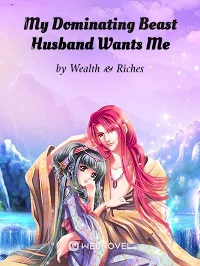 Synopsis At the peak of her power, she had transmigrated to Beast World in primitive times. Drugged with an aphrodisiac, she found herself besieged by many beastmen. When Tang Guo was rescued by her reluctant fiance, she pounced on him under the influence of the aphrodisiac.
After the act, Tang Guo said, “From now on, we’ll go our separate ways. Let’s just drop the matter of us being engaged!”
Bai Ye was first angry, then dumbfounded, before getting indignant! Was this female despising him now?! He gradually realized that his arrogant, willful, unreasonable, lazy, and selfish fiancée seemed to have changed. She had awakened the Star of Wisdom and paved traiblazed many inventions. Moreover, her cooking was superb and had completely captured his heart!
The new Tang Guo was bold, decisive, and valiant, but no longer cared about him anymore. That wouldn’t do!
Bai Ye took the initiative. “Tang Guo, have you forgotten that we’re engaged?”
Tang Guo retorted, “This doesn’t count. It’s just my father’s one-sided verbal agreement. It’s fine not to mention it!”
Bai Ye forced his arms around her waist and smiled proudly. “That won’t do. Little brats can’t be born without a father!”
This was a story of a legend who loved beauty and food and led the Beast World to civilization. Show more

I’ll Be The Warrior’s Mother

The cold and aloof husband was very affectionate