My MCV and Doomsday 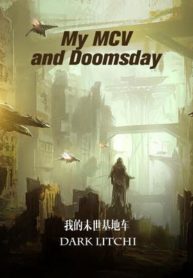 Read My MCV and Doomsday Novel at WuxiaWorld.Site Doomsday was approaching… An ancient virus was released upon the world and from then on nothing was the same… Zombies, mutant wild animals and people with mutant powers… Jiang Liushi , one day woke up and found the Starseed in his mind, a Black Technology which could assist him in various ways. Its most important function? Refitting and upgrading vehicles! [What? You thought it was a regular rundown minibus? Wrong! It was a Mobile Construction Vehicle (MCV) capable of massacring zombies, and everything that stood in its way, with its awesome weapons!] Follow Jiang and his MCV on their road to survival. Show more

Let Me Game in Peace

I Became the First Prince