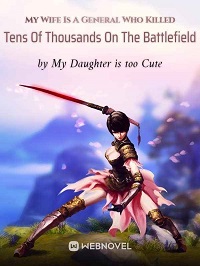 My Wife Is A General Who Killed Tens Of Thousands On The Battlefield Average 3.7 / 5 out of 3

My Daughter is too Cute

Synopsis Su Wen transmigrated and became the Prime Minister’s son, possessing both power and money.
In the capital, Su Wen was known to be a profligate young master who had no cares.
However, all of this was merely a façade. He was provided with a goldfinger which was a cultivation system that rewarded him for triggering intense emotions in others.
He put on the image of an arrogant playboy to incur the negative emotions of others to farm points for his cultivation.
Thus, he started on the path towards the pinnacle of life.
But when he turned 18, something happened.
A general’s daughter went to war on behalf of her father and managed to rout the enemy, killing 40,000 of them.
Such startling news became the talk of the town and everyone was apprehensive when they talked about this woman who killed without batting an eye.
Meanwhile, Su Wen who had been having fun sowing his wild seeds in the capital was suddenly granted a marriage by the emperor. He was to marry this woman, the Goddess of Death. Show more

Reincarnation Of The Businesswoman At School