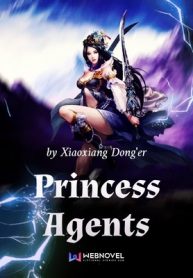 You’re Reading “Princess Agents” Novel at wuxiaworld.site Previous intel falsely imprisoned division 11 of Chu Qiao. Having successfully escaped prison, she sacrificed herself when a bomb was launched to eradicate the division. After she woke, she realized that she had been transmigrated to the body of an eight year old slave girl of the Xia Dynasty… Whilst helping the crown prince Yan Xun, he and Chu Qiao’s fate was bound for eight years, as she helped him gain power to go back to his country. In the process, they fell in love, but parted ways due to their different views. Later, because Chu Qiao bravely never surrendered to slavery, she went from being a slave girl to the goddess of war, and encountered the person who has alreays protected her — Zhuge Yue… Show more

This Time, I Became the Fiance of a Duke’s Daughter. But She is Rumored to have Bad Personality, and Ten Years Older

Real Empress from a Noble Family

CHINESE NOVEL, COMPLETED
We use cookies on our website to give you the most relevant experience by remembering your preferences and repeat visits. By clicking “Accept”, you consent to the use of ALL the cookies.
Do not sell my personal information.
Cookie settingsACCEPT
Manage consent