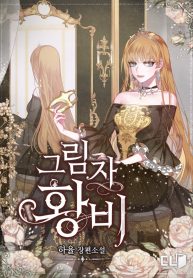 “Can you be my daughter?” Elena, who became a fake daughter at the suggestion of the Great Duke. Becoming a queen, giving birth to a son of the Crown Prince, and establishing her position. Princess Veronica, who thought she was dead, appeared before her eyes. She was nothing but a toy. Eventually, her child was taken away and killed. However, she came back go the past. “I’m going to destroy every single one of you.” Elena, who returned, decided to take revenge. Show more

The Emperor and the Knightess