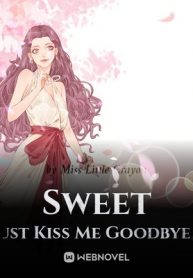 You’re Reading “Sweet Darling Wife: Just Kiss Me Goodbye, Mr. President!” Novel at WuxiaWorld.Site “I, Tang Li, will only marry the most powerful and influential man in the world!”
The powerful man, Song Boyan, was the man she was clinging onto now. The man was holding a cigarette between his fingers. He touched her chin softly.
“Do you know what you are talking about?”
“I want to be Mrs. Song.”
Mr. Song laughed aloud.
“You do like to brag. Aren’t you afraid of its consequences?”
He received a kiss just as he was done talking.
Her previous life was awful because she had loved the wrong man. After her rebirth, she had made a vow that she wanted to set things straight for herself. However, she had clung onto a powerful man in the end. Their marriage was rather chaotic too.
“Sir, Madam has ruined the eastern wall of the manor.”
“Protect her well. Don’t let her hurt herself.”
“Sir, Madam said that she wants to run away from home with the young master.”
Mr. Song sighed and put down the documents in his hands.
“Send them to wherever they want to go. Don’t let them get lost on the way,” Mr. Song ordered. Show more