The Sickly Scion’s Petite Wife Is Sweet And Cool 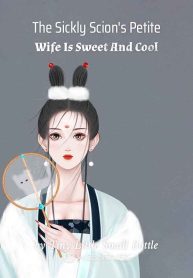 Synopsis The Bulwark Duke’s residence had fallen. On the day of the duke’s son’s wedding, all men in the family were imprisoned. In just three days, the patriarch and duke died. What was originally a joyful occasion became a depressing funeral.
Shen Yijia had transmigrated as the unfortunate bride. By the time her husband was sent back home to her, he was crippled and heavily injured. Everyone said that this fallen family would never recover. Shen Yijia possessed a spirit liquid that helped her bring her husband back from the brink of death. When Song Jingchen woke up, he advised her to marry someone else instead. Shen Yijia stared at his handsome face and shook her head. “Don’t worry, I’ll keep you.”
On the way back to their hometown, they encountered bandits and even suicide warriors who tried to assassinate them at all costs. Shen Yijia patted her chest and vowed to her beautiful husband, saying, “Don’t worry, I’ll protect you.” However, nosy people kept nagging at her, saying that a wife should be knowledgeable, reasonable, and virtuous. Was she supposed to help her husband pick out a concubine too? Shen Yijia was annoyed. As a modern woman, she couldn’t possibly get her husband a concubine! Her husband belonged to her alone!
For the sake of earning money, she hunted in the mountains, battled scum, and took in disciples. Eventually, Shen Yijia’s life became smooth sailing.
–
Many years later, they returned to the capital. Everyone assumed that Song Jingchen disliked having such a violent wife, and would soon divorce her to remarry. The young noblewomen rubbed their hands together in glee, waiting for Shen Yijia to leave so they could take her place. But as they waited and waited, they saw the Song Jingchen gently hold Shen Yijia’s hands right after the latter had beaten someone up. Song Jingchen asked worriedly, “Does it hurt?” [1v1 sweet love. A doting yet violent female lead vs a jealous two-faced male lead] Show more

National School Prince Is A Girl

Rebirth of the Heavenly Empress

Love from The Koi Goddess

The Noble Lord Is So Fierce: Greeting Kiss, My Sweet Wife