Tough Princess : Once Upon a Brothel 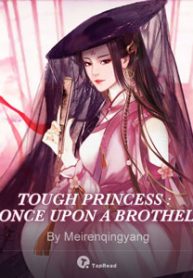 Yang Zijin occasionally passes through to ancient times and becomes the younger master of a brothel who is disguised as a man. She has been raised as a boy since childhood for more than ten years. It is believed that she will have an ordinary life, but after meeting some princes and lords, she has been stuck in them. What’s more, there is some trouble caused by her father, stepmother and some cunning girls who pretend to be innocent. Oh, it seems that Zijin should try her best to deal with these big bugs! Is Yang Zijin going to change the world with her modern ideas? How will she deal with those troublesome guys? What story is going to happen between Yang Zijin and a strange lord? Show more

The Dreamer in the Spring Boudoir