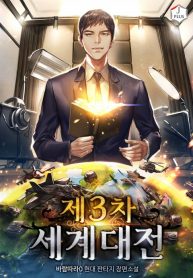 The shale gas revolution in the United States… The trade war between China and United States… Japan’s export-control provocation attacking South Korea… It was the event that triggered World War III. Kim Garam, who resolved the threat of war Korea was facing joined the chaebol ranks. What would the new world look like before him? Show more

Survival Records of 3650 Days in the Otherworld